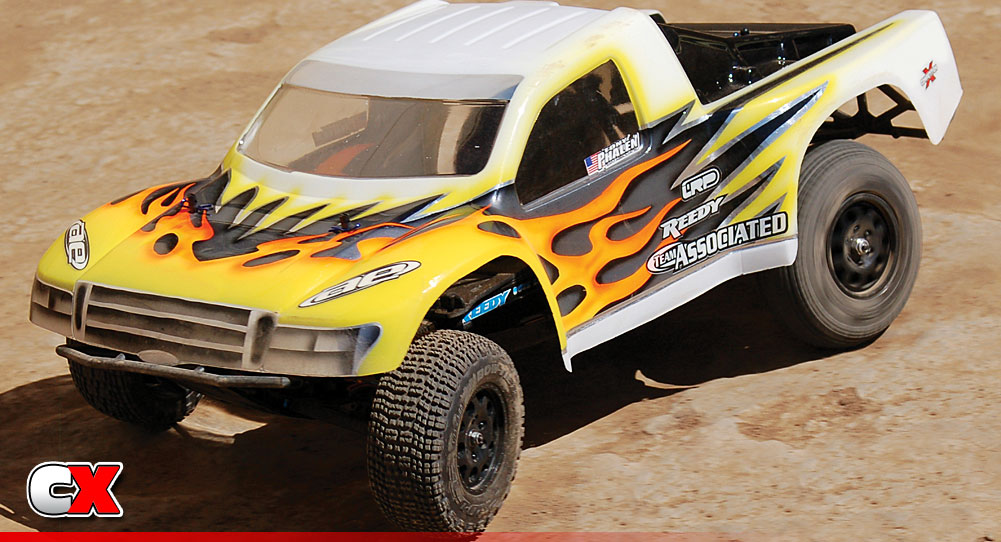 A short time after Team Associated releases a new vehicle, you can expect a full-blown Factory ride to appear. The Factory treatment usually includes threaded shocks, titanium turnbuckles and some blue aluminum. The same is true for the Factory Team SC10, however a few additional goodies were included. I had a chance to take the A-Team’s newest SC from build-to-bash, with a little competition in between!

THE FACTS
WHO MAKES IT: Team Associated
WHO IT’S FOR: Beginner to Advanced Racer
HOW FAST: 33mph
HOW MUCH: $260
BUILD TYPE: Kit
VEHICLE TYPE: 1/10-Scale Electric Short Course Truck 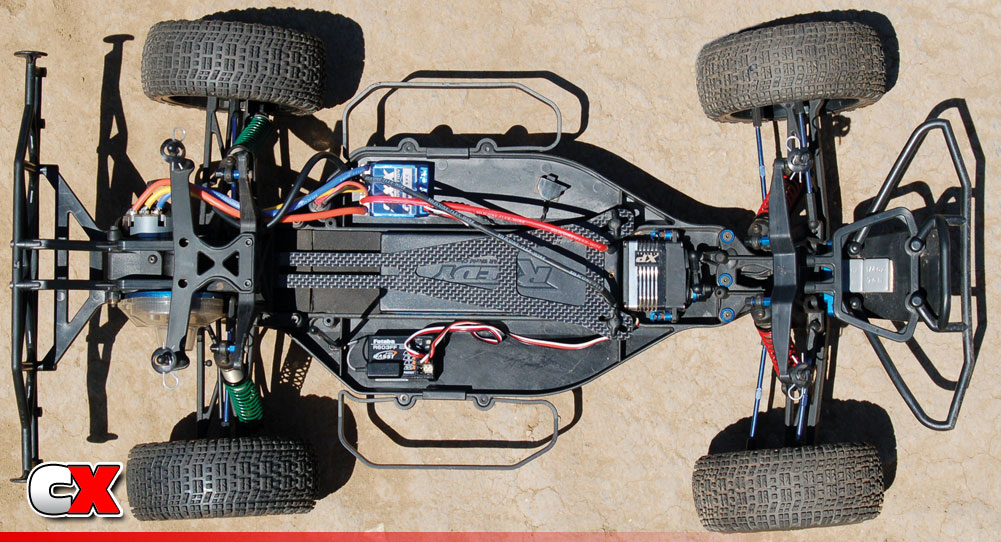 WHAT YOU NEED TO KNOW
– Massive front and rear bumpers protect the FT SC10 in the event of an unlikely crash. I had a chance to test out the ‘unlikely crash’ a few times and the SC10 survived the day without any broken bits.

– AE has included quite a few tuning parts to get the FT SC10 right where you like it. Thankfully these parts can be changed with minimal effort and really affect the way the SC10 handles. Don’t be afraid to experiment! 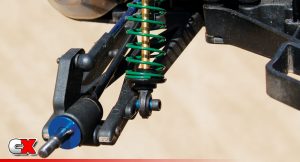 – The SC10 chassis is an extended version of the T4 chassis with plenty of room for the receiver and, for those of you that like to run a stock motor (17.5, etc), space for the 10+ capacitors you have hanging off the ESC.

– The new Factory Team V2 shocks have to be the biggest improvement on any of the AE vehicles. I don’t say this because the old shocks weren’t good, I say this because the new shocks are smoother, easier to build and are easier to bleed! The V2’s are now a bottom-load shock, meaning the o-rings and spacers load in the bottom of the shock instead of through the top. A tiny hole in the shock cap makes bleeding the shocks actually bearable (can you tell I don’t like building shocks all that much?).

– The 2.6:1 ratio gearbox is loaded with a super-smooth ball differential that utilizes AE’s Factory Team lightweight outdrives. This is basically the same differential that has been used for years in all of the A-Team’s vehicles, so you know it works, is reliable and can handle some power! 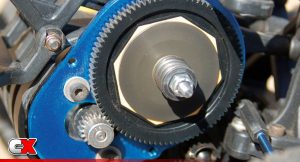 – The FT SC10 kit includes the standard KMC-style wheels and a set of all-terrain front tires (stock SC10 tires) and JConcepts Subcultures for the rear. The Subcultures hook up well on most surfaces while the stock fronts help tame the steering.

– The SC10 uses AE’s angled bell crank ‘coplanar’ steering with built in servo saver. This all sounds technical (and it sort of is), but it basically means that the steering rack is angled up slightly to match the angle of the front arms. It’s a steering thing, and it works. This truck has NO lack of steering.

– Because the SC truck uses a longer chassis, the battery box becomes longer, too. This gives you a lot of adjustment to move the battery front to back.

– I can’t say enough about AE’s new V2 shocks. I like to call them the ‘Super Shocks’ because they are super-smooth, super-easy to build and super-consistent. 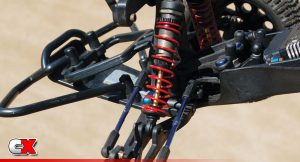 – To keep the electronics safe and to help prevent the body from tucking, large guards were fitted to the side of the chassis. These also act as handles when you need to carry the truck.

– To help put the power to the ground; AE’s venerable transmission is included with the FT SC10 kit. This unit includes a smooth and efficient ball differential and V2 slipper hubs. In addition, the 84T spur uses AE’s hexed slipper pad to provide consistent slipper adjustment.

– What high-end race vehicle rolls on anything but high-quality bearings? A full set of the Team’s precision ball bearings is included, even for the steering rack!

MAINTENANCE AND TUNING TIPS
As always, check the differential and slipper clutch after your initial run. During the build (or if you’re adventurous and want to see how it will run in stock form), swap out the rear toe block for the four-degree one. This will help greatly with rear traction.

Per the Team’s recommendation, you should add some weight in the battery box (behind the battery, right under the rear shock tower). Start with 1.5oz. and work from there. They also suggested trying 1/2 oz. to the front bumper. I would also suggest a Factory Team Spring Set to go with your new Factory Team SC10. The springs will come in handy for different track surfaces.

NOT LIKED
– Same ol’ same ol’ wheels as in all the other SC kits…a easy mod. 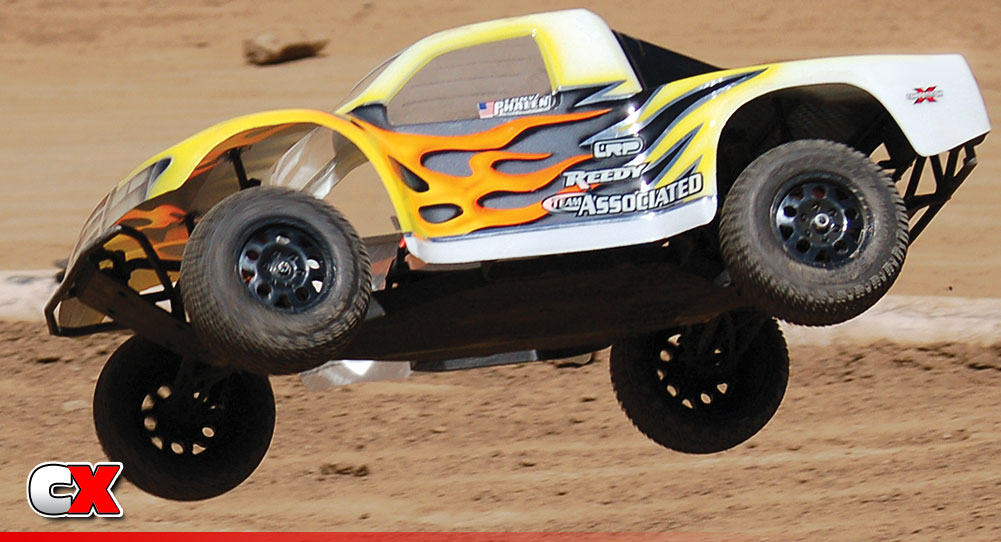 PERFORMANCE
TEST CONDITIONS: Slightly rutted, medium traction
STEERING Oversteer
If someone asked me to sum up how, in one word, the SC10 steering was, I would definitely reply with the word aggressive! The FT SC10 truck has a plethora of steering into the corners, out of the corners and even down the straight! In stock form, it’s pretty twitchy but thanks to the included tuning parts, you can help calm this down pretty easily. Once I made the change (and swapped to tires that worked at the test venue), the SC10 became much easier to drive.

ACCELERATION Excellent
As in the steering department, in stock form the SC10 is a bit of a handful to drive. Once the changes were made, not only was the steering more controllable, so was the straight line acceleration. I could pull the throttle quicker out of the corners and leading up to the jumps, but still had to be a bit on the conservative side. A quick adjustment of the slipper clutch and it was game on! While I was still not able to drive at a full 100% (mostly due to the hot, dry track conditions), I could power around at a pretty fast, comfortable pace.

BRAKING Good
Due to the dry track conditions, I had to dial quite a bit of brake out on my Futaba 4PK radio. Through the infield the truck stayed pretty stable under heavy braking, but down the long straight I really had to be careful. I found a spot on the retaining wall to use as a marker for my braking zone but if I missed that marker, I’d be drifting past the turn! Go easy on the brakes and you should be all good.

SUSPENSION Excellent
Ever since I had my first RC10T (yes, the original with the cool skinny wheels), I often wondered how the suspension systems were designed. I know all of the designers over at AE and, after working there for some time, know that they put a TON of work into optimizing, analyzing and testing the suspensions on all of their cars. That work pays off with a suspension system that not only that works out of the box but is completely tuneable to find traction on any surface. On our test track, the rutty, bumpy surface was no match for the new V2 shocks. Over the jumps the SC10 acted like it was landing on a pillow with soft landings and unmatched stability. Running on a harder, higher traction surface? No problem! The FT SC10’s suspension has enough adjustment on it to really dial you in. As I mentioned before, AE’s included ‘suspension-goody-bag’ should be all you need to keep the SC10 firmly planted on the ground.

JUMPING Excellent
In the overall big scheme of things, the FT SC10 jumped and landed really well. If I rolled up to some of the more difficult jumps (keeping the SC10 under control), it would clear them without any problems. My only real issue was with the big, kite-like Championship body. This, unfortunately, is indicative of any SC body so it’s not really fair to ding the SC10 truck as a whole. Some creative hole-cutting in the body will help let the air out and make it less of a giant air foil.

DURABILITY Excellent
Team Associated designs their vehicles with durability in mind. The truck is strong. The bumpers are hearty and really protect the truck during front or rear end collisions. The transmission handled my repeated battering with the LRP 8.5 motor. The axles and CVD’s are still straight, and the shocks are still in perfect working order. I think you would have to really mess up bad to break this truck. Or jump it off the roof of a really tall building. 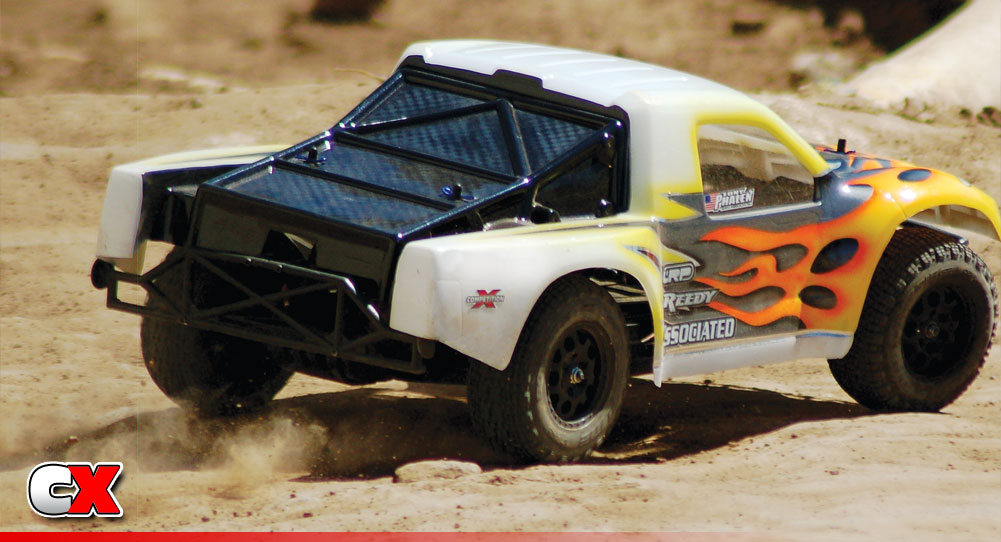 THE LAST WORD
Team Associated wants you in the winner’s circle. They believe that with their ShortCourse truck they can help you get there. To sweeten the deal, they’ve added all of the Factory Team hop-ups to make their awesome SC truck even better. In my opinion, with this truck and the included tuning parts, almost anyone can get to the podium! The FT SC10 is fast, handles well and can navigate the track with the aggressiveness of a pit bull. Dog tags not included, but a rabies shot might be! 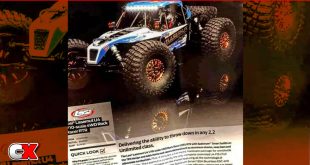 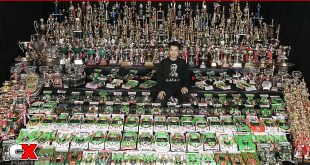 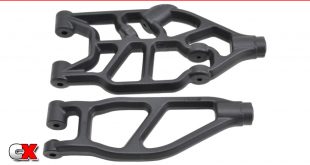 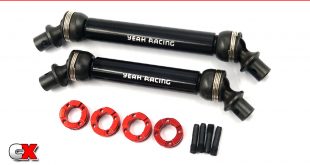 Looking to beef up the center drives on your Axial SCX10 III? Look no further …