Beginner Tips – Learn From the Pros 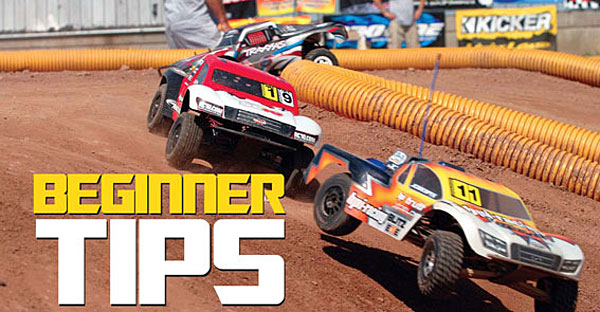 Believe it or not, every Pro driver was once a beginner in the world of RC. I’ve been around long enough to see these guys turning on their transmitters before checking their frequencies (this was before 2.4GHz, boys and girls), plug their ESC to their battery backwards, resulting in a melt-down, and even glue their fingers to a set of race tires. Stuff happens, and it’s only until it happens before you can learn from it. Here are a pitfalls I’ve encountered and the best ways to avoid them.

Today’s plug systems have done a great job of only allowing you to plug an ESC and battery in one way and, thankfully, you can purchase any type of battery with a variety of those plugs installed. But what happens when you decide to switch to a more efficient plug? Some soldering will need to be done and this is where things can go really wrong.

If you choose to stick to plugs, most of them have the + (positive) and – (negative) symbols molded into them.

If you choose to go to bullet plugs or even hard-wiring, it’s best to use two different color wires for your positive and negative leads. The standard colors are red for positive and black for negative. It’s best to stick with these colors since most people are familiar with them. Letting a friend plug your car up while you use orange and purple wires could also prove to be a big mistake.

Remember back in the day when you used to eat Elmer’s glue? Well, the stuff we use nowadays to glue up tires is a little stronger than Elmers and bonds in seconds. I don’t know how many times I’ve been at the track and watched someone gluing tires only to accidentally have it drip over the side and bond their finger to the tire. CA glue is some mean stuff, so it’s best to respect it and take your time gluing things together.

LIPO IS NOT THE SAME AS NIMH

LiPo batteries are all the rage right now. They’ve pretty much taken over RC and replaced the ‘so three years ago’ NiMH packs. While LiPo batteries offer huge advantages over the NiMH packs, upgrading is not as easy as just buying new packs. You’ll want to make sure your charger can charge LiPo batteries and that your ESC is compatible withthem. Not checking either of these could result in a catastrophic fire that could do quite a bit of damage. I would also suggest picking up some sort of LiPo charging sack or pouch and actually USING it while you charge. Safety first.

KEEP YOUR HANDS ON THE WHEEL

Controlling your out-of-control vehicle takes years of practice and a driving technique. One of the worst habits I’ve seen is people wheeling their car around the track and letting go of the steering to allow it to center itself (on the straights). No, No, NO! Do you take your hands off the steering wheel in your real car after you make a turn? I think not (well, I HOPE not). Place your fingers in a comfortable position on the wheel and keep them there. It might not feel 100-percent natural but you’ll get over it. This is the most important driving technique you can learn, and after a few practice days you’ll see yourself starting to go faster around the track than you ever have before.

PERIPHERAL VISION IS YOUR FRIEND

A top driver once told me, ‘Don’t just look in front of your car, look behind it too’. I never really understood that until I got run over by a hack in the first turn of a big race. Then I got it.

It’s easy to follow your car around the track, but you need to be able to see any cars in front or behind your car to decide where you need YOUR car to be. Learn to scan the track with your peripheral vision ahead of your car. This will help you avoid lapped traffic, crashed cars or turn marshals running across the track. Learn to use your peripheral vision to watch the car behind you so you can avoid him in the next turn (since he may not be able to avoid hitting you!). Scanning your surroundings can help you survive a track full of misfits, giving you just the right amount of time to cruise to victory.

The fastest way around the track (or from corner to corner) is from Point A to Point B. The ability to learn the flow of the track is what helps the fastest drivers in the world win races. Before you hit the track, step back and see who’s driving on it. Locate the fast guy and watch his line; see where he goes, how he jumps, where he lines up through the ripple sections and whether or not he’s hitting that big berm. If he’s fast, he’ll be on those lines every lap.

Now go out there and do the same thing. Take it slow in the beginning and worry more about not crashing than throwing down a fast lap. Speed comes with consistency, so build up to it. Once you’ve figured it out, pace that fast driver and see if you can keep up. You’ll probably surprise yourself once you’ve mastered the track.

END OF THE DAY–CLEAN IT UP

A dirty, oily or muddy car is never fun to take home. The wife won’t want that thing in the house, the mom certainly won’t let you clean it on the kitchen table and the girlfriend won’t give you enough free time away from her. So, before you head home, do a little easy clean up. Take the tires and body off and wash them. If you have a nitro car, hose it down with a little degreaser and water to clean it up. If it’s electric, a damp rag followed by a little WD40 should do the trick. If you’re doing a pretty extensive cleaning, don’t forget to oil the bearings. Water and metal bearings don’t like each other.

You’ll want to store your LiPo packs with about ½ charge in them. If you have some fully charged packs, it’s best to run them down a bit before packing them up. A fully charged pack has quite a bit of stress going on in it and can lead to a meltdown. Make sure you also keep them in a cool, dry place. Think of them as Gremlins; they need lots of care and please don’t feed them after midnight.

You spent a lot of time and money researching the best equipment before purchasing (you did, didn’t you?). So why are you carrying it all around in your high school duffle bag? Dood, pony up the nickles and get something to protect your stuff! Small travel boxes are not all that expensive and allow you a nice, protective space to store you gear. Most of them fit just about anywhere, have wheels for easy transport and locking tops if you decide to ship it anywhere. The one I use is approximately 29x18x19-inches in size, has some cool offroad wheels, locking clasps and a retractable handle. It’s waterproof and keeps all my gear nice and safe. Oh, and it makes me look like a Pro! Big points for me.

[as seen in: RC Driver Magazine] 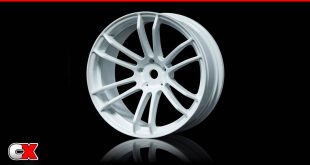 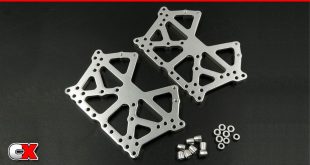 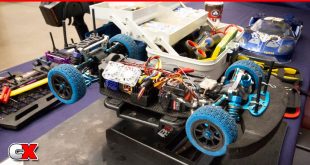 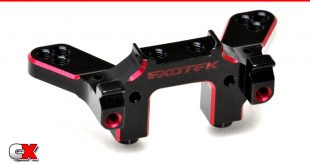