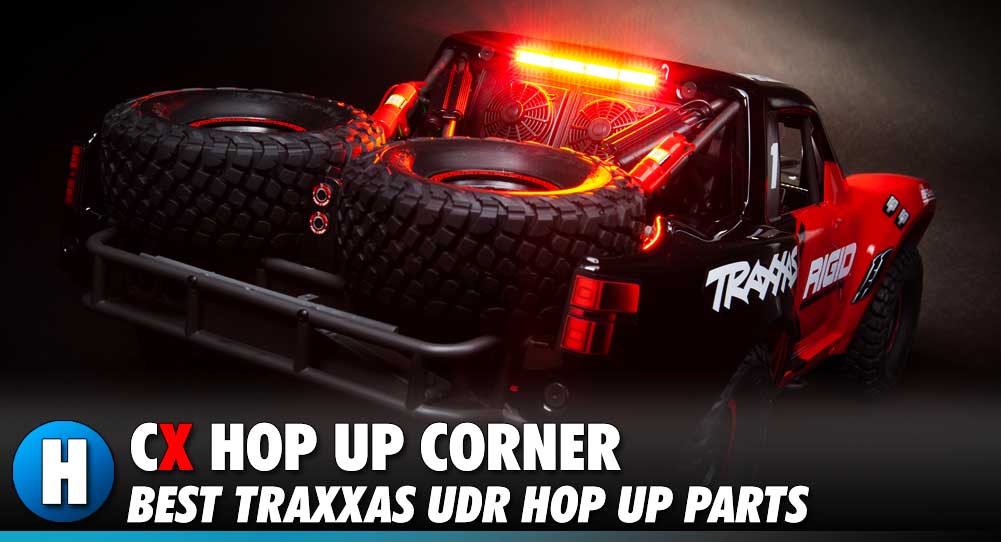 There’s no doubt that the RC hobby is abuzz with social posts, YouTube videos and more on the Traxxas Unlimited Desert Racer (UDR). Most of the content we’ve perused praises the new rig for its scale looks, realistic driving dynamics and insane power. Of course, we found several ongoing arguments as to its scale. Is it 1:5th scale, is it 1:8th scale or possibly something in between, like a “1:7th scale” even though officially all Traxxas will say is the UDR is “Pro-Scale”.

Frankly, we’re not so concerned about the size as we are what the UDR’s weak points may be. We’ve not had any failures on our UDR to date, though admittedly we’ve only run it in soft dirt/sand and on 4S. We’ve just recently stepped up to 6S and we fear we might be joining others who’ve seen breakage of certain parts. Now before you fly off the handle and start bashing Traxxas for “inferior parts” or “crappy design”, remember that this is a hobby, albeit sometimes an expensive one, and there’s no way Traxxas, or any other manufacturer for that matter, can build a hobby grade RC vehicle for consumer use that won’t break. If you’re afraid something might break on your RC then you either need to let it be a shelf queen, or perhaps look at another hobby.

Harsh words? Perhaps, but to design, manufacture, box, ship and support a retail product like the UDR (or a Slash, etc.), Traxxas has to price the vehicle accordingly. Can they make it bulletproof so that when your 10-year-old sends it full throttle sideways off a trick ramp nothing will happen? Sure, they can, but that rig will be twice the price because it’ll have to be made stronger, which makes it heaver, which then needs a larger power system to be able to motivate it around your yard. You see the snowball effect happening right? So, in this hobby some breakage is expected. Sometimes it’s your heavy left index finger and the poor placement of your neighbor’s tree. Sometimes it may be a part that fails easily when the vehicle is doing things it wasn’t designed for (the UDR is not a “basher” designed for huge trick jumps for example). 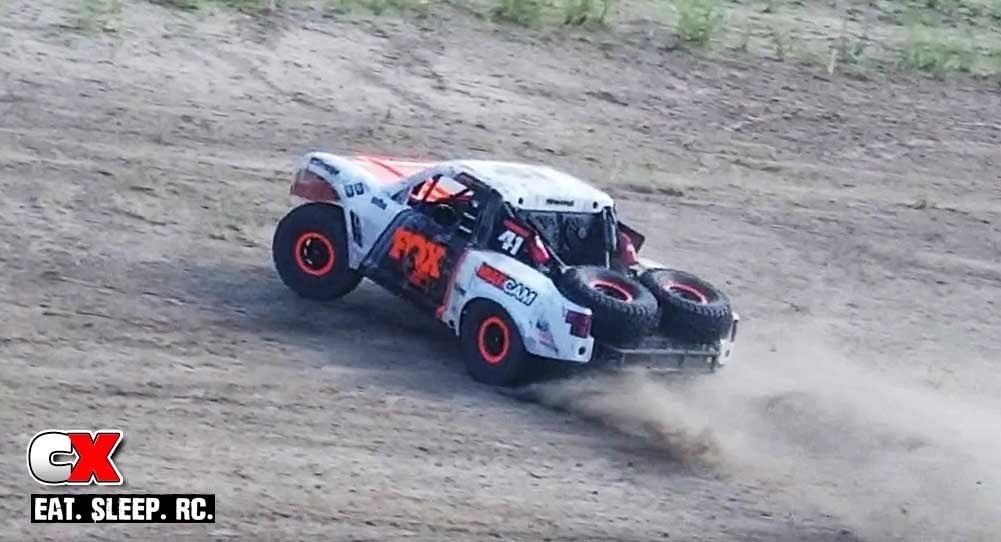 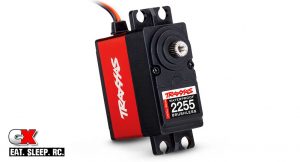 While some have had zero issues with the stock 2075X Traxxas servo. It is a decent piece at 125 oz-in of torque, fully ball bearing supported, and water proof, however, many have experienced failures. Some during their first battery pack. There is all manner of upgrade servos on the market to choose from. Some are a direct fit, while others require minor notching of the trans/diff case. Note too that the stock ESC outputs 6.0-volts, so any aftermarket servo spec’d to run at 7.4 will need an external BEC to see full power. As luck would have it Traxxas has just released its new 2255 and 2250 waterproof brushless servos. The 2255 is good for 400 oz-in of torque while the 2250 comes in at 330 oz-in of torque. Traxxas has a great BEC kit coming soon with revised receiver box cover and Y-harness. Other popular steering servo upgrades include several models from Savox and Futaba. Do yourself a favor and stick with a known brand with as much torque and speed as you can afford. You’ll thank us later. 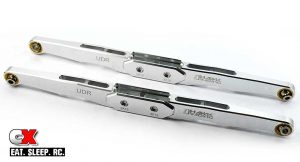 Probably the second most common failure we’ve seen from enthusiasts thrashing their UDRs with insane jumps has been the rear lower trailing arms. From bending/side loading, to outright breakage, we’ve seen photos of some pretty cringe-worthy failures. At this stage of the game you have two replacement options, the stock Traxxas arms or aftermarket aluminum. Some people are not fans of aluminum as the aluminum part will often transfer the failure/damage to the chassis mounting point and beyond, but in certain parts of the chassis we’re OK with aluminum. We’re crossing our fingers that our friends at RPM will make trailing arms for the UDR, but right now our suggestion is some aluminum replacements such as those from Metal Fab by Reed (MFR) or DHawk Racing. While not as prone to breakage, the rear upper links have had a few failures as well. Traxxas has just released their own upper links in anodized aluminum (choice of red or blue) and heavy-duty steel versions, while MFR and Hot Racing offers uppers as well. 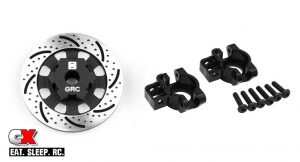 Now this failure is new to us and quite possibly something specific to the UDR’s design as we’ve never melted a wheel hub before. That said, except for a few on-road touring cars with plastic hexes/hubs, most of our RC collection utilizes metal hexes/hubs. The UDR’s realistic brake discs and calipers are just one small aspect of the UDR’s scale realism that everyone raves about, but those plastic brake discs feature a molded in hex/hub that has been known to melt. Apparently, the driveline temps are transmitting through the axles to the hubs and killing them. Some of this may be user generated (over-tightening the wheel nuts, not enough or too thick a grease in the axles, etc.) but none-the-less it needs to be addressed. You can upgrade to metal hexes from Traxxas and ditch the faux brake disc and caliper setup if you like, but seeing so many people bust out the Sharpie paint pens and paint these pieces up we’re going to go out on a limb and say people really like these bits and want to keep them on their truck. As such, the alternative to the stock plastic bits or the Traxxas hexes would be aftermarket aluminum brake discs/hubs. You can find several manufacturers such as GRC, Hot Racing, and GPM on sites like Amazon and eBay. We also recommend replacing the rear axle supports with aluminum as well. 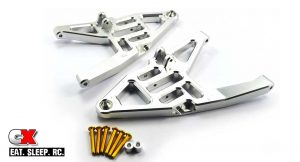 The UDR’s stock two-piece lower arms can take a beating, but with insane jumps and bad crashes taking their toll, we’re seeing a lot of owners upgrade to aluminum front lower arms (and even aluminum front uppers too). Here you have a few options. RPM does make a front upper arm at this time, so a front lower may be on the drawing board. For fans of aluminum you’ll find arms from DHawk Racing and Hot Racing; just two examples of what you can find out there for your UDR. 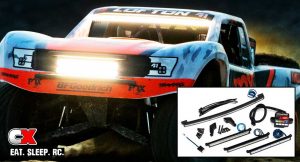 OK, so LED lighting isn’t so much an upgrade for a common failure like our previous entries. However, we feel the Traxxas LED Light Kit (PN 8485) is certainly deserved of bringing up the rear in the Top 5 list due to the kit’s completeness, OE integration with the UDR and how it adds even more incredible scale realism to an already outrageous rig! The Traxxas LED light kit plugs directly into the UDR’s speed control and the lights mount to pre-configured locations on the UDR’s cage. There are three lighting mode and, if you use the Traxxas Link app and have a wireless module in your TQi transmitter, you can control the lights from the app! Fully waterproof with brilliant output for night driving and fully functioning brake lights, you’ll want these LED lights on your UDR for sure!

Mark Houlahan - An avid R/C enthusiast for over 15 years, Mark enjoys helping others in the R/C hobby to repair and upgrade their vehicles. He currently has a personal fleet of over 20 R/C cars, including nitro and electric cars and trucks and even a couple of drones. By day Mark writes about 1:1 scale cars and in the evening retreats to his custom 10x16 R/C workshop to wrench on his vehicles and produce reviews and "How To" content to share online. More articles by Mark Houlahan 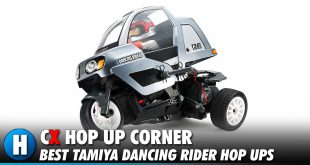 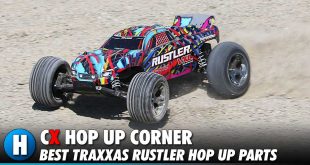 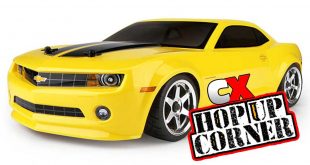 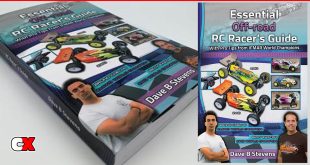 Ever wonder how the fast guys get so fast? Besides having cat-like skills, they also …