Labor Day Weekend in Urbandale, Iowa was the place to be. 225 entries rolled into town for the Hobby Haven Off-Road Shootout. JConcepts was the title sponsor for this event for the third year. Practice on Friday was great and the weather was perfect, but alas, this location was destined to change. It rained most of the day Saturday, forcing the race to change venues. The Electric Pit, an indoor track, would now decide the weekend’s champions. 180 Entries stayed for the change in the weekend of racing.

I (Mack) raced in the Modified 2WD Buggy and Modified Stadium Truck Class. My Team Associated Factory Team B4.1 and Team Associated Factory Team T4.1 were powered by Reedy 5500 60c Batteries, LRP SXX V.2 Speed Controls, Reedy 8.5 Brushless Motor in the Buggy, and Reedy 7.5 Brushless Motor in the Truck. XP Digital provided the steering control with the smooth and fast 1015 Servos. Team Associated, Factory Team, Reedy, LRP, and XP Digital gear provided me the necessary edge to TQ and win both classes with wins in the first two of Triple A Mains. Thanks for the great products, Associated!

My son Alex Vanderbeek competed in the highly contested Modified Pro2 and Modified Pro4 classes. His Factory Team SC10 and SC10 4×4 were powered by the same Reedy 5500 60c Batteries and XP Digital 1015’s. An LRP SXX V.2 Speed Control and LRP X-12 7.5 laid the power down in the SC10, and the LRP SPX8 and LRP X12L 4.5 blistered the track in the SC10 4×4. Alex qualified second in Pro2, and finished second overall. Pro4 was close in all rounds of qualifying. Alex TQd and finished second in the class. A2 was an amazing race with Alex making some passes late in the race to try and force an A3. 13-year-old Alex showed amazing sportsmanship as he forced a pass on the last lap, but pulled over to let the competitor around for the overall win. Team Associated, Factory Team, XP Digital, Reedy, and LRP again provided a great assortment of products to keep our Team Associated vehicles on the podium. 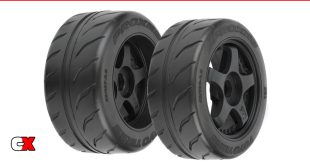